Enjoy this interview with Tim Mac from Feed the Dog band! Thanks for reading. 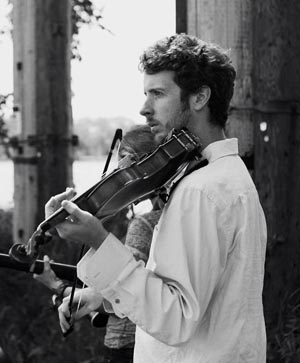 SANDI: When did you first become interested in music?

TIM: I started playing violin when I was 3 ½ in the Suzuki program. I played classically in orchestras and took private lessons through high school, and received a performance degree from UW-Oshkosh. I did it because I was good at it, and I had put in so much time but I never felt the true passion for what I was playing until I discovered an outlet in bluegrass and alternative music when I went to Chicken Town music festival in Iowa a few summers before I graduated college.

SANDI: Tell us about your music. Styles you like and play.

TIM: I like to play original music of all genres. The more creative control I am given, the more I enjoy myself.

SANDI: What was your dream career when you were young?

TIM: For the longest time I wanted to be a professional baseball player. I was really into playing ball, and following the Milwaukee Brewers. It became clear in high school that my athletic talents were going to keep me from that dream.

SANDI: I know you mentioned you play in 6 different bands, do you play fiddle in all the bands, and is playing music your full time career?

TIM: I do play fiddle in all of the bands. For the most part, music pays 75% of my bills, depending on the season. I have a few 1099 side jobs where I am my own boss to cover expenses if I’m not playing enough gigs or have a few too many exposure gigs.

SANDI: How do you balance all the different bands and keep the arrangements straight for each band?

TIM: I have one main band; Feed the Dog, which I make very clear with other projects that it takes precedence. I keep a personal schedule that is shared with Feed the Dog so gigs do not get double booked. As far as arrangements, I have no idea. A lot of what I play is improvisational, but I have a good memory for the structure. When I was little in the Suzuki method, everything was learned by ear and memory. I had to play every song I had learned in the books once a week to stay fresh. I guess that early mental practice has shaped the way I learn and retain information. 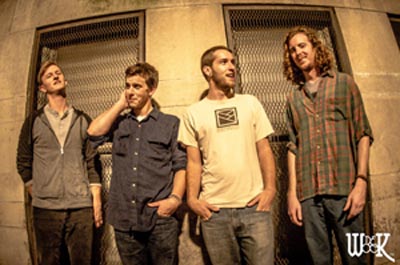 SANDI: How many shows a year are you playing and are they mostly local to Wisconsin or do you get to travel some?

TIM: I play roughly 160 – 180 shows a year. A lot of them are in the midwest, but I also get hired to play tours across the country. I’ve played anywhere from New York, to Seattle, Wisconsin to Texas, and Costa Rica

SANDI: Let’s go a little in depth about the band “Feed the Dog”, how long have you been in this band and where is the band headed?

TIM: I founded the band in 2015. We all have a goal to make this our #1 project, and to financially sustain ourselves with the band. The sky’s the limit!

SANDI: Where can people find some samples of your music?

TIM: We have a new album coming out soon. You can hear some samples on Sound Cloud

SANDI: You’re band sounds great, I’m excited for you and the direction the band is headed.

TIM: I had a really fun time playing with Twiddle. They are a pretty well-known Jam band throughout the world. I sat in with them to a crowd in the thousands in Costa Rica, and then again to a sold-out show at the Majestic in Madison  I also really cherish my time sitting in with Dave Simonett. Trampled by Turtles was the first bluegrass band I ever got into and when I first started playing “live” I never imagined being a peer on the stage with him I’ve played with him in Menasha, Wi, and out in Oregon at the Northwest String Summit.

SANDI: I’ll have to check them out.

SANDI: If you could collaborate with anyone musician who would it be and why?

TIM: This question changes all the time, and usually with what direction I want to take my band. Right now, it would be awesome to collaborate with Wood Brothers, Greensky Bluegrass, Trampled by Turtles, String Cheese Incident, Railroad Earth… Not only because I love their music, It would bring more attention to my band Feed the Dog and help us grow.

SANDI: Did you ever envision yourself to become a full-time musician?

TIM: Not until I started being a professional musician. When it started happening I loved every moment of it. 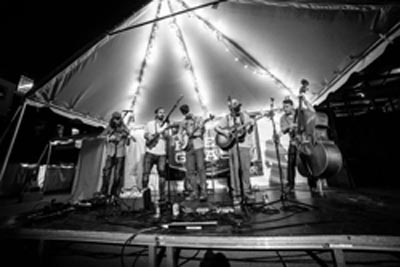 SANDI: If you weren’t a musician, what would you have been doing right now?

SANDI: Who was your first music teacher? What was some great advice that instructor gave you which really inspired you?

TIM: Everett Goodwin. He was very goofy and fun, perfect for me as a hyper A.D.D. child.

SANDI: What professional musical training have you had?

SANDI: Which famous musician do you admire and why?

TIM: Sam Bush. He is doing what he loves, played with nearly everyone, and has some very positive inspirational songs.

TIM: It was a tool to teach me how to hold the instrument. A cracker jack box with a paint stick attached with rubber bands. I had a pizza cardboard circle with footprints drawn on to keep me standing still and show me how to stand.

SANDI: (Laughs) That is a great story.

TIM: Probably a recital when I was 4 or 5. I don’t remember.  My first solo paid gig was playing Christmas songs at a craft fair where I made $40. I was stoked! I had a string quartet for many years before I started playing in bands.

SANDI: When you were younger, did you play in any event, like your school or town event(s)?

SANDI: How do you handle mistakes during a performance?

TIM: Sometimes mistakes turn into great sounds! If it is a timing issue, or intonation I’ll make a mental note never to do it again. It’s all about your energy when playing a show and the audience usually never notices, so I don’t sweat them.

SANDI: How often and for how long do you practice?

TIM: I like playing with effect pedals, they’re kind of like playing another instrument while playing your same instrument. You have to practice to get them to sound right. I’ll practice a lot by myself after I buy a new one  I play with so many groups that doing solo practice isn’t as much of a priority anymore, I’ll practice with Feed the Dog once a week for 3 hours.

SANDI: I can’t remember are you a songwriter?

TIM: I am not a lyricist but I do write instrumentals or songs for someone else to write lyrics.

SANDI: How long does it normally take you to finish a song?

SANDI: Where do you draw inspiration?

TIM: Random melodies that pop in my head.

SANDI: What personal advice would you give to someone wanting to pursue this career?

TIM: Never stop thinking about how you can improve yourself. Be mentally strong, stay away from drugs and alcohol, and act professional at all times. You’re selling yourself!

SANDI: What education or training is required/recommended to succeed in this industry?

TIM: Training helps, but is not the end all. As a professional musician your job is to entertain.  Do that in any way you can.

SANDI: What are the typical mistakes people make when trying to pursue this career?

TIM: Playing in the same project too much in the same market. Underselling yourself. Staying in unhealthy situations. Be kind, try to make a good impression with everyone you meet. The music scene is a lot smaller than it seems and you need your peers and contacts to succeed.

SANDI: Yes be kind, burning bridges won’t do you any good, because word gets around. Underselling yourself is great advice, don’t be afraid to ask for the money.
Tim, I’d liked to take a minute to expand on this as a teaching moment. Some of the best advice a band can get is to start asking for the money and to refrain from taking the first gig that comes along. If you book a gig for $500 and someone offers you $2000 on the same date then you are out of luck because you’re already booked.
Try not to be afraid of losing a gig, because in most cases the price you ask for is just the beginning of a negotiation though you may lose some gigs with a higher asking price, but in the long run you’ll make more money and work less if you do it correctly and remember there’s always another show right around the corner.

SANDI: Is there a growth in this field? How do things generally look for new musicians entering this field?

TIM: I feel there is growth, I’ve been finding a lot of very supportive people, festivals, communities, and venues dedicated to music. The longer I do it, the easier it gets.

SANDI: What are you future plans as a musician?

TIM: Keep on Keeping on. Love what I play, and spread positive vibes while sustaining myself.

SANDI: Any great road trip stories you want to leave us with?

TIM: I can’t pick just one, I love being on the road, seeing the country, and playing music. Meeting so many kind and supportive people across the country while expressing yourself with your music is what is all about.

SANDI: Can you tell us the one about the Milwaukee Brewers.
TIM: When I was a kid, I was a huge Milwaukee Brewer fan. The Brewers needed a new stadium, or else they were going to leave Milwaukee. The stadium needed to be funded by the state, and it came down to a vote of state legislators. Leading up to the vote, it was not looking in favor of the new stadium. My mother was a close acquaintance with one of the representatives, and brought me to meet her in the parking lot of Robin’s restaurant in Oshkosh. I couldn’t have been older than eight years old and was dressed head to toe in my brew crew gear including a mullet haircut that was styled after Brewers’ Hall of famer Robin Yount. I played her “Take me out to the Ball Game” on my violin and begged her to vote Yes for the new stadium. Long story short,  she ended up changing her vote to yes and Wisconsin can thank me for changing her mind.(Laughs)

SANDI: (Laughs) Wow! Love it! That is another great story. It is a good thing for Milwaukee baseball fans that you learned the fiddle! Hey Tim, Thanks so much for doing the interview. One more thing, this is sorta a new thing I am adding to the interviews for fun which is Stream of consciousness questions.

Answer the first thing that pops in your head.

SANDI:SANDI: Tenderloin
TIM: San Francisco neighborhood where there is an amazing studio but the streets are like day 3 of an EDM festival but without music.